ANA: Not Planning To Invest In PAL

Attracting an investor from the airline sector has so far proven challenging. All Nippon Airways (ANA) emerged as a potential suitor in 2013 as part of the Japanese carrier’s initiative to invest in foreign airlines with focus on Southeast Asian market.

But ANA has since ruled out an investment in PAL. ANA also has decided not to complete a planned investment in small Myanmar carrier Asian Wings, which when announced in Aug-2013 was seen as a toe in the water with the idea it would be followed by larger investments in Southeast Asian airline sector.

ANA’s rival Japan Airlines also has been ruled out as a potential investor in PAL. Japan was a logical place for PAL to turn as Japan is PAL’s largest market accounting for about 22% of the carrier’s international seat capacity.

PAL is now planning to expand its US operation, which is made possible by Philippine authorities securing a Category 1 rating from the US FAA earlier this year. As PAL expands in North America it will try to woo away passengers that have been flying via North Asian hubs including Tokyo, Hong Kong, Seoul and Taipei, thus increasing the competitive posture towards airlines from those countries.

Japan is an important and growing source market for the Philippines tourism sector. But Philippines-Japan is primarily a leisure point to point market and seemingly is not of sufficient importance to Japanese carriers to justify an investment. There are also limited opportunities to offer Japanese passengers connections beyond Manila.

Securing Investment from Korean Carriers Would Be Challenging

Korean Air and Asiana each have large presences in Philippine market, supported by strong inbound demand from Korea as well as sixth freedom traffic, particularly to North America.

Asiana is the second largest foreign carrier in Philippine market based on seat capacity and currently has 39 weekly flights to the Philippines while KAL is the fourth largest and has 23 weekly flights. It is similarly hard to build a business case for a Korean carrier to invest in PAL.

As is the case with Japanese carriers, potential opportunities for Korean carriers to use Manila as a transit hub for other regions of Asia are limited. San Miguel has talked up building Manila into a transit hub. PAL is generally not well positioned for this type of traffic and will need to compromise yields to attract passengers in markets such as Australia-London and Singapore-North America.

And potential North Asian partners would be impacted if PAL were to pursue this type of traffic aggressively. While an investment seems unlikely PAL could still use partners in Korea and Japan. A Korean and/or Japanese partner would help with local point of sales and connections to secondary cities in Japan.

A Japanese or Korean carrier could also potentially help provide offline coverage to smaller North American markets which PAL does not intend to cover on its own.

Cathay Pacific Codeshare Or Relationship With A Chinese Carrier Is Unlikely

Currently PAL has codeshare with only two North Asians carriers, Air Macau and Cathay Pacific. But both partnerships are limited. The Air Macau codeshare is limited to the MNL-Macau route, which is currently served only by PAL (as well as Cebu Pacific).

The Cathay codeshare is limited to the CEB-HKG route, which is only served by Cathay (as well as Cebu Pacific). The Cathay partnership excludes the much larger and more competitive MNL-HKG route or any destinations beyond Hongkong.

The Cathay-PAL partnership is unlikely to be extended as Cathay competes with PAL in several key PAL markets including Philippines-North America, Philippines-Middle East and Philippines-North Asia. Cathay is now the largest foreign carrier in the Philippines with 43 weekly flights and 12,000 one-way seats.

Cathay regional subsidiary Dragonair also operates nine weekly flights to the Philippines, giving the Cathay group about 25,000 weekly seats and over 5% of capacity in Philippine international market. A partnership with a mainland Chinese carrier would be more appealing as PAL only now serves four destinations in mainland China with a combined 22 weekly return flights.

But a strong partnership or investment from a Chinese carrier may be made less likely in view of the tense state of relations between China and the Philippines. A partnership with a Taiwanese carrier would be more conceivable but again would likely be relatively limited.

Taiwan is a much smaller local market for the Philippines than Hong Kong, Korea or Japan. PAL has only 11 weekly frequencies to Taiwan while China Airlines and EVA Air serve the Philippines with 20 weekly flights and seven weekly flights respectively. The close proximity of Taipei and Manila mean the two hubs compete for traffic and are not synergistic.

Singapore Airlines: Not A Likely Suitor for PAL

Garuda and Vietnam Airlines currently do not serve Manila although Garuda is planning to enter the Jakarta-Manila route by the end of 2014.

The MAS codeshare initially provided PAL with offline access to Kuala Lumpur and has been maintained since PAL resumed services to Kuala Lumpur in early 2013. None of these airlines are in position to invest in PAL or any other foreign carrier.

A partnership with Singapore Airlines (SIA) would be more intriguing as Singapore is by far the largest Southeast Asian market from the Philippines. There are currently over 60,000 weekly seats between Singapore and the Philippines, making it the Philippines largest market after South Korea. But there would be limited synergies for SIA.

PAL is not believed to be on SIA’s list of potential acquisition targets.

In recent years most of PAL’s codeshare partners have been from the Mideast. PAL currently codeshares with Emirates and Gulf Air, according to OAG data. But PAL also previously codeshared with Etihad and Qatar Airways.

PAL and other Philippine carriers have since taken back most of these traffic rights. In 2H2014 PAL launched Abu Dhabi, Dubai, Dammam and Riyadh services (Dubai is served by PAL Express).

Cebu Pacific launched Dubai and is planning to launch Kuwait in Sep-2014. (Cebu Pacific also has been looking to serve Saudi Arabia, Oman and Qatar.) PAL forged a partnership agreement with Etihad in late Apr-2014 that builds on the original codeshare between two carriers.

The two carriers announced on 9-Jul-2014 that the new partnership will initially cover the Manila-Abu Dhabi route, which Etihad and PAL both operate. For now the only extension announced beyond the parallel routing is to be on PAL/PAL Express services to 20 Philippine destinations, including holiday destinations such as Cebu, Palawan and Kalibo (a gateway to Boracay Island).

Etihad has said it has no intention of acquiring a stake in PAL. While an investment is always a future possibility for any carrier Etihad partners with, PAL has a better chance of finding a suitor within Asia – although even there it faces an uphill battle to secure an investment.

PAL recognizes the need to work with a Gulf carrier to support its effort to build a more global network. PAL currently does not codeshare with any European carrier. The new Etihad partnership could potentially be extended to destinations beyond Abu Dhabi in continental Europe and Africa as well as secondary destinations in the Mideast.

Much of the foundation for Philippine services to the Mideast is in carrying migrant worker traffic, but Gulf countries in particular have shown increasing interest in holidaying in friendly countries outside the region.

PAL has been looking at launching several potential destinations in continental Europe including Amsterdam, Frankfurt, Paris and Rome. One or two European destinations may still be added over the medium term but following the Category 1 upgrade by the US FAA it is more likely to focus on expanding in the US market.

As PAL’s only current European destination is London, which is not generally considered a convenient hub for Asia to Europe connections, using Etihad and the Abu Dhabi hub to cover the rest of Europe would be a sensible move.

PAL Expands In US But Lacks A US Partner

In US, PAL currently serves Los Angeles, San Francisco, Honolulu and Guam. Restoration of Category 1 status has allowed PAL to shift all its LAX and some  its SFO flights to the 777-300ER.

PAL has been looking at launching new destinations in the US in late 2014 or 2015. Chicago and New York are the most likely candidates. PAL is also planning to increase GUM and HNL to daily services from late Oct-2014. PAL uses A320s to GUM and A340s to HNL.

The increases in these markets come ahead of Cebu Pacific’s planned launch of services to the US, which is also made possible by the Philippines regaining a Category 1 ranking. Cebu Pacific aims to launch Guam by the end of 2014 using its A320 fleet and begin serving Hawaii in 2015 using its A330-300s. Category 1 also enables Philippine carriers to codeshare with US carriers.

A codeshare partnership with a US carrier would improve PAL’s position in the US market as PAL would gain offline access to domestic destinations. But PAL could find it challenging to attract a US major and may have to settle for a codeshare or interline with a smaller carriers such as Alaska Airlines, JetBlue and Virgin America. Partnering with a top European carrier may also be challenging although this may not be as critical if its able to expand its new partnership with Etihad.

In addition to potentially providing offline access to Europe via Abu Dhabi, the Etihad partnership could lead to partnerships with European carriers that are part of the Etihad equity alliance such as Alitalia and airberlin.

PAL would also find partnership with an Australian carrier valuable, although options are few.

PAL plans to upgrade Sydney to daily in late Oct-2014. At about the same time PAL reportedly is intending to upgrade Melbourne to daily and begin non-stop flights to Brisbane and Perth. PAL briefly served Perth in 2013 with four weekly flights via Darwin but quickly dropped the route while maintaining Manila-Darwin-Brisbane.

The Australia expansion comes just as Cebu Pacific enters the Philippines-Australia market. Cebu Pacific plans to initially operate four weekly flights to Sydney from Sep-2014 and is looking at adding Melbourne in 2015. While Cebu Pacific should stimulate new demand, overcapacity is likely if PAL implements its plan to double capacity to Australia.

The prospect of overcapacity and irrational competition results in a relatively gloomy short to medium term outlook for the Philippine international market. The inevitable discounting has the potential to stimulate new business but there is no indication just how the market would respond to lower prices.

Here are my top 10 airline liveries. You may (or may not) agree with me but this is just my opinion. You can holler after seeing the list. Special liveries are not included. The list is in no particular order. 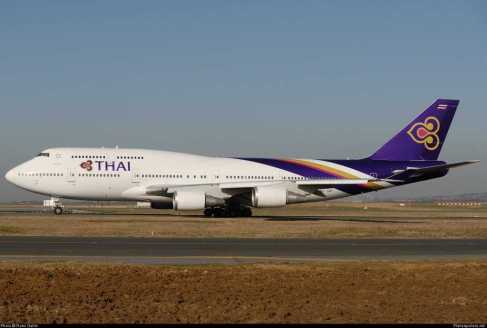 3. Gulf Air – the only gold that stands out in the boring and drab Middle East based carrier liveries.

5. Air Tahiti Nui – “the most refreshing airline” should be the tagline of Air Tahiti. 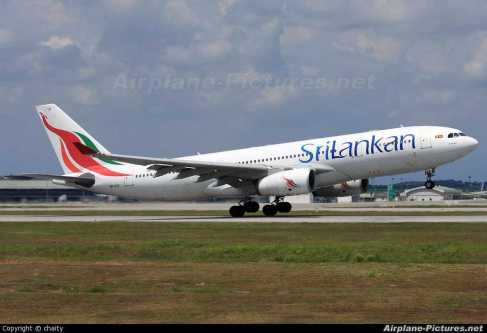 8. Batik Air – new kid on the block makes a splash! 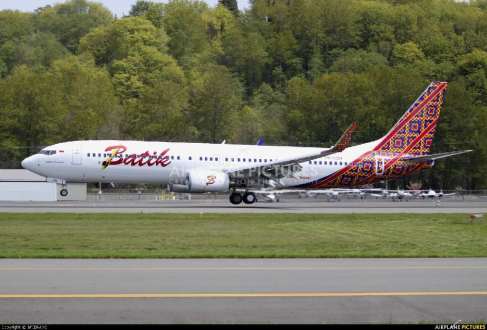