Does Embraer look good in Philippine colors? According to airline buzz, a local airline (flying both domestic and international destinations) is seriously contemplating on ordering the Embraer to replace their aging turbo-prop fleet. Embraer is also being eyed to fly to MPH (Caticlan) pending its probing flights. This seemingly fleet irrationalization will make this airline the first local operator of Embraer in the Philippines.

The Boy Scouts of the Philippines contingent to the 11th World Jamboree waving before their take off. The boys never made it to their destination as their plane crashed in the Indian Ocean on July 28, 1963. Photo from Mabuhayradio.com

“With the rising opportunities presented by regional growth, we have been building up our capabilities. This hangar expansion project is the latest in our continued efforts to meet different aircraft requirements and stay competitive in the market,” says Dr. Burkhard Andrich, President and CEO of Lufthansa Technik Philippines.

The construction expands two existing bays equipped with versatile docking systems that can accommodate current widebodies and newer models for the Airbus A350, Boeing 777-9X, and 787. This will also be LTP’s second line for A380 base maintenance and its entry into Boeing 777 base maintenance. The development is expected to expand the company’s yearly capacity by 200,000 manhours.

Construction is on schedule at LTP’s facility by the Ninoy Aquino International Airport runway, with the foundation laid before the start of the rainy season. It is now in the process of erecting the extension’s refabricated steel structures, while construction and logistics for new and relocated offices, docking systems, linking bridges and mezzanines are concurrently taking shape. The facility’s MRO operations remain unhampered, owing to early preparation and smart planning. Furthermore, tooling and equipment have already started to be delivered for the facility’s new state of the art centralized toolroom.

In preparation for LTP’s new Boeing 777 base maintenance capability and increased A380 capacity, extensive training for its highly qualified production staff is ongoing, in partnership with Lufthansa Technical Training Philippines.

LTP’s hangar extension will be inaugurated this November, as it welcomes an Airbus A380 layover at the beginning of the month. The company’s Boeing 777 base maintenance capability will be available in the first half of 2016.

Qatar Airways (QA) will be adding six extra flights per week between Doha and Manila from October 26 following an expanded Air Service Agreement signed between Qatar and the Philippines.

With the increase in weekly flights, QA will operate a full twice-daily service to Manila in addition to its daily flights between Clark International Airport (approximately 96km north of Manila) and Doha.

The additional weekly flights from Doha-Manila from October 26 include: Doha – Manila which departs 8.30am and arrives 10.15pm while the Manila – Doha flight departs 11.59pm and arrives 5.05am (the next day), all every Mondays, Tuesdays, Wednesdays, Thursdays, Fridays and Saturdays. Sunday already has an existing twice-daily QA flight.

The Doha-based carrier, most recently crowned Airline of the Year at the 2015 annual Skytrax World Airline Awards, is currently flying eight flights per week to Ninoy Aquino International Airport in Manila.

“The increase in flight frequencies on the Doha–Manila route serves to further strengthen commercial and trade links between our two countries and we are delighted to be able to provide our Philippines-based passengers with greater connectivity options when they choose to fly with QA,” QA Group Chief Executive Akbar al-Baker said.

He noted that more passengers will now be able to experience QA’s award-winning hospitality and Qatar’s state-of-the-art Hamad International Airport (HIA) when transiting seamlessly onward to their final destination.

Al-Baker added that passengers travelling with QA beyond Doha can also look forward to flying on some of the world’s most advanced aircraft including the A350 XWB.

Like its Manila flights, QA also continues to get positive response to its daily flights in Clark (Clark International Airport), launched in November 2013, it is learnt.

Passengers travelling in Business Class can look forward to relaxing in one of the most comfortable and high-tech, fully-flat beds with a 78-inch seat pitch. QA’s premium passengers can also enjoy its five-star food and beverage service which is served ‘dine on demand’.

QA’s Premium and Economy Class passengers travelling beyond Doha can also enjoy the airline’s state-of-the-art home base – the HIA.

Home to one of the world’s best and largest Business Class lounges, the Al Mourjan Business Lounge, HIA has more than 70 retail and 30 food and beverage outlets offering world-class duty free shopping and dining experiences for all.

BY mid-August the Ninoy Aquino International Airport (NAIA) terminal 4 will go all domestic with the transfer of international flights to a much bigger facility.

The move, drafted two months ago, is expected to reduce confusion among passengers as to which terminal they are supposed to go.

Likewise, Guerzon said that the move would maximize the use of runway 13/31 for small aircraft arriving at or departing from the NAIA terminal 4.

The Gokongwei family’s JG Summit Holdings, Aboitiz Equity Ventures and Ayala Corp. are keen on a P75-billion contract to operate and develop Manila’s Ninoy Aquino International Airport, the country’s busiest air gateway that has been dubbed the “crown jewel” of Philippine airport deals.

The Naia development project recently hurdled the National Economic and Development Authority’s Investment Coordination Committee. Seeking the approval of the Neda board, which is chaired by President Aquino, is the next step.

Interest in the premier gateway has been ramping up partly due to recent statements coming from the transportation department that work at a new international airport in Sangley Point, Cavite—a project aimed at replacing the congested Naia— might not be implemented within the term of President Aquino.

“It is ‘the’ asset in the airport sector so we should definitely look at that,” Ayala managing director John Eric Francia said. “It’s a major strategic asset in a very important sector which affects a lot of things like tourism.”

JG Summit, mainly involved in airlines, property development, food and beverage as well as petrochemicals, and Aboitiz Equity, whose portfolio is mainly focused on power generation and banking, have been looking at more Public Private Partnership (PPP) infrastructure deals to diversify their respective businesses.

Ayala, San Miguel, Metro Pacific and Megawide are active participants in the Aquino administration’s PPP program, having each bagged one or more big-ticket deals that have been rolled out over the last four years.

The companies mentioned have already expressed their interest in developing the country’s commercial aviation sector, which presents opportunities for growth given that the Philippines is an archipelago.

On international travel, the government has been boosting efforts to lure more visitors with catchy slogans like “It’s more fun in the Philippines.”

In 2013, the conglomerates participated in a bid for the contract to expand and operate the Mactan Cebu International Airport, which was bagged by a consortium between Megawide and India’s GMR Infrastructure.

The government is currently bidding out the contracts for the Bacolod-Silay, Iloilo, Davao, Laguindingan and New Bohol airports in a deal that has lured SMC, Metro Pacific, Aboitiz, JG Summit and Megawide apart from international players.

LISTED aviation services provider MacroAsia Corp. will cut by 13% its stake in its in-flight catering subsidiary via the sale of the shares to its Singapore-based partner SATS, Ltd. 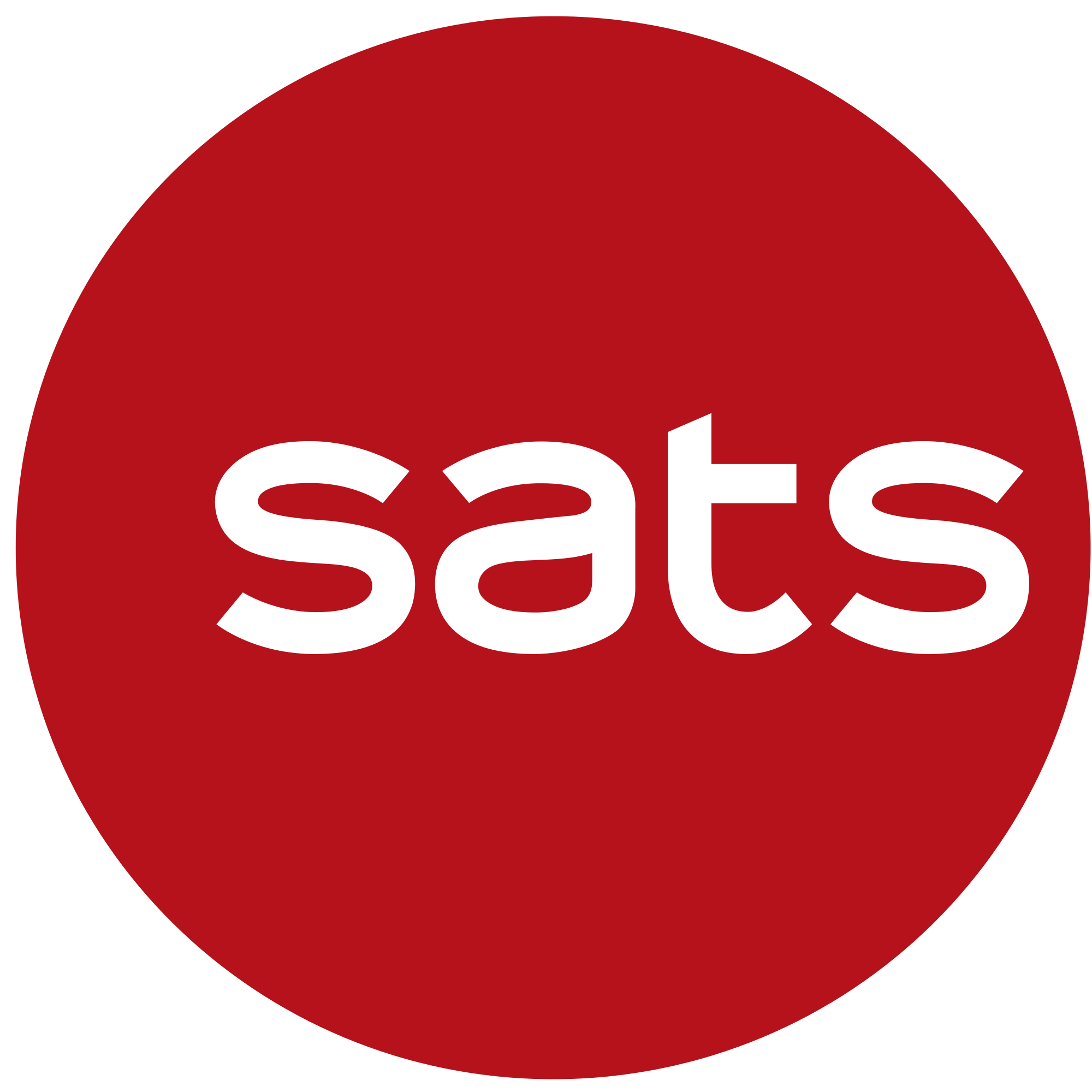 Both parties signed on Wednesday a sale and purchase agreement covering 162,500 shares in MacroAsia Catering Services, Inc. (MACS), bringing down its stake to 67% from 80%, it said in a disclosure to the Philippine bourse.

As a result, SATS’ shareholding in MACS will increase to 33% from 20%. Payment was P168.8 million in initial cash plus a potential earn-out consideration. The deal is targeted for closure by Aug. 31.

MacroAsia had acquired an additional 13% stake in MACS through a P36.4-million sale and purchase agreement with Compass Group International BV in 2006.

“The Transaction today effectively reverts the shareholding of MAC in MACS to 67%, its original stake when MACS started operations in 1998,” the disclosure read.

“The transaction today is a strategic move to further strengthen the partnership and relationship of SATS and MacroAsia Corporation in their food services venture in the Philippines.”

“This transaction will serve as further impetus for SATS to strengthen its support for the growth of the JV’s food business in the Philippines,” MacroAsia said.

SATS, or Singapore Air Terminal Services, is listed on the main board of the Singapore Exchange. The firm has been providing aviation services for 65 years and the two have been partners since 1998, when MACS started operations. 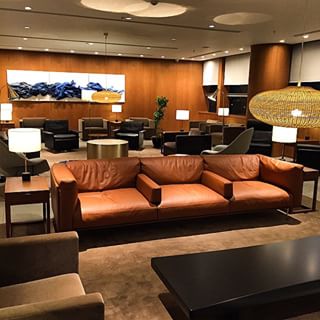 ILOILO CITY — The Iloilo City government is in talks with carrier AirAsia Philippines over the possibility of offering flights to the South Korean gateway of Incheon and Xiamen in China, the Tourism department said.

The push for more connectivity comes as the city hosts meetings of the Asia-Pacific Economic Cooperation (APEC) this year, raising the region’s profile among international tourists, the Department of Tourism in Region 6 (DoT-6) said

“With Iloilo’s hosting of the APEC meetings this July, September and October, we do hope that more visitors will be coming in from the 21-member economies of APEC that will impact our number of flights and hotel accommodation,” said lawyer Helen J. Catalbas, DoT-6 director.

For domestic flights, Ms. Catalbas said she has participated in discussions for the introduction of flights between Iloilo and Cotabato.

“For Mindanao, our flights for Davao, General Santos and Cagayan de Oro are going strong. We are looking at adding Cotabato. What is important is we can sustain the flights,” she said.

The Iloilo International Airport, located in the town of Cabatuan, will be bid out for upgrade works under the public-private partnership (PPP) program. The contract cost is P30.4 billion covering expansion, operation and maintenance over a 30-year period.

It is part of the PPP airport Bundle 1 that includes the Bacolod-Silay Airport with an indicative cost of P20.26 billion.

The submission of qualification documents has been moved to Aug. 10 from July 27.

Airline rank based on the Top 100 brands in the Philippines as published by Campaign Asia: